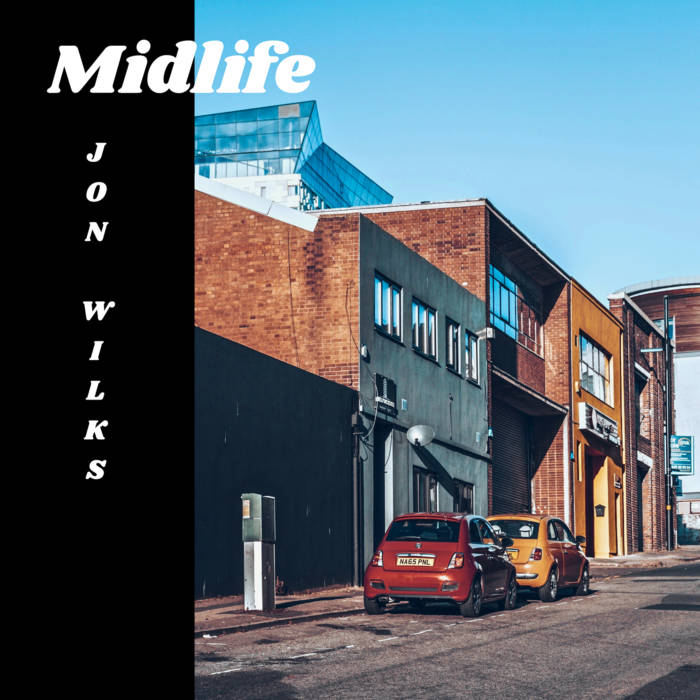 'Midlife' is a collection of traditional and music hall songs and tunes from around Birmingham and the wider Midlands. As someone who came of age in Birmingham in the mid-90s and only came to traditional folk music later on, I wanted to filter these songs through my own experience. Some of them are left unadorned – simple fingerpicking folk songs, or even entirely unaccompanied – while others ('Buffoon' in particular) go back to my days dancing to Booker T & The MGs in 'retro' and Britpop nightclubs (Birmingham has always had a thing for mod culture, I'm not sure why, but a big shout out to Snobs and Sunflower anyhow!)

The title of the album has to do with entering early middle age while researching it. I'm fairly convinced that my newfound obsession with traditional music and all the things that surround it is a form of midlife crisis – a search for a place to belong. Happily, I've really fallen for the trad folk community in a big way. I've made some amazing friends that I hope to know until I'm old and can scarcely crawl, and, when all's said and done, that's better than spending the family savings on a sports car.

Several people have been really encouraging in the making of this album. Since it's unlikely that a physical release will ever get made, I'll thank them here. Emi, my wife, isn't exactly a huge fan of traditional music, but she puts up with it and listens attentively when asked. More importantly, she puts up with it with the patience of a saint. Hana and Kai, my kids, do the same, although anyone who met us at Sidmouth will know that Hana is about as folkie as I am now. If anyone's looking for a 10-year-old with a weirdly large repertoire of traditional English folk songs, give us a call. Jon Nice, as always, turns up with inspiration and keyboard wizardry whenever asked. Can't wait to get onto writing another Grizzly Folk album with him this winter. Ian Anderson has supported so many folk artists over the years, and he's kindly done the same to me. I hope he eventually gets to retire in peace. Pam Bishop, a lifelong supporter of traditional Brummie music, was good enough to get in touch and chat about these wonderful traditions, and she wrote the tune to 'The Brave Dudley Boys' way back when, so speaking to her thrilled me. I've also taken a lot of inspiration from the kind words of Eliza C, Paul S, Martin S and Jim M. Very good people indeed. Playing 'Colin's Ghost' to Eliza's dad in my living room was a particular highlight, especially when he told me he'd known of its existence but never actually heard it before. Score!

One very important thing to note: Several of the songs on this album were released in the early 70s on an album called 'The Wider Midlands' (Topic). It's a great collection, and I urge anyone who has an interest in Midlands history and culture to go and seek it out. I couldn't have made this album without the hours I spent absorbing the work the likes of Roy Palmer, Jon Raven, Pam Bishop and Pete Coe did back in those folkish days.

Anyone pre-ordering this album will be unnerved to know that it may grow by the time the release date rolls around. The track listing may rearrange itself. The album cover may alter entirely before your very eyes. It definitely won't get shorter, though!

I hope you enjoy it and thanks very much for listening.

The album will be a digital release with a downloadable PDF listing info on all the tracks.