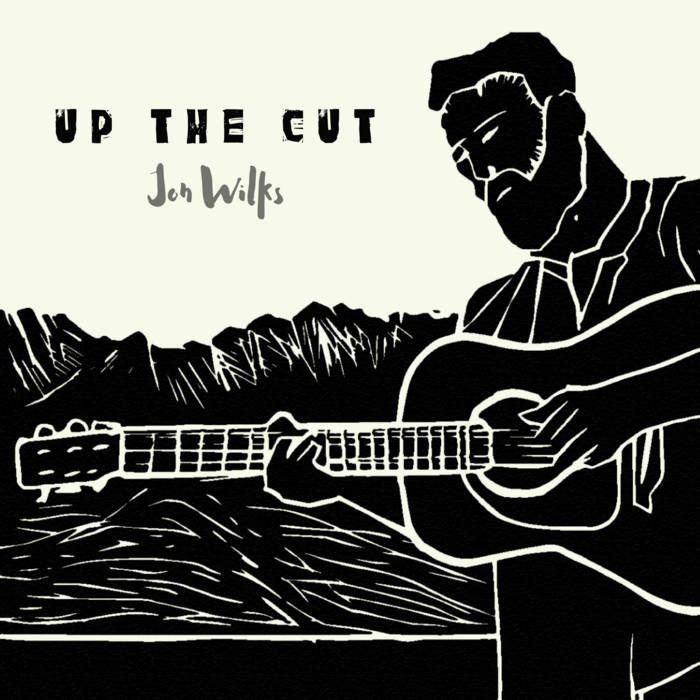 amediamonkey Because I couldn't decide what my favourite track was. It's a beautiful album and every track could be my favourite. However, I am a soppy git so I chose stowaway. Thank you Jon and keep up the good work. Favorite track: The Stowaway.

"Up The Cut is a beautiful album. Affecting, simple guitar, exquisitely accompanied by Wilks’ authentic, honest voice. A raw, but entirely seductive, performance. One for all lovers of traditional songs delivered with minimal frills." - Folk Radio UK review

If this album is the result of anyone's hard work, it's that of Roy Palmer. Seven out of the nine songs came to me via his research, publishing and collecting. Thanks, too, must go to Pat Palmer, Roy's widow, who sent me (via a kind introduction from Pam Bishop, another Birmingham folk researcher) a sheath of songs that Roy had worked on a number of years before his death. Pat's kind gift prompted me to realise that there were plenty more traditional songs from Birmingham and the wider Midlands that had yet to be recorded. From that realisation, this album was born.

I began working on "Up The Cut" in August, 2019, and am completing it with these sleeve notes in early December, 2020. It feels like I've had these songs going around in my head for a very long time indeed. While my initial intention was to treat them to the same larger-scale production I used on my previous album, "Midlife", in the end I decided to offer up this collection of straightforward acoustic guitar and vocal performances, with the intent of not distracting the listener too heavily from the songs themselves. My hope is simply to put some of the lesser-known songs back into circulation so that people with a little more verve and flair can give them even more life than I can.

In getting the songs to this stage, I owe a huge amount to Tom Moore and to Andi Lee. Tom and I recorded a version of the album in October, 2020, at his wonderful studio in Yaxham, Norfolk. In the end, I was disappointed with my own performances, but it served as a very useful kind of demo. Tom is a fantastic producer, and of course a wonderful musician in his own right. The few days I spent with him were incredibly productive, and very helpful for me to be able to nail down some of the more troublesome arrangements.

Returning home, I re-recorded the songs with my own recording setup, and then sent them to Andi Lee at Kosi Studios in Slovakia. Andi is a very patient recording engineer with a great pair of ears. Over the final two months of 2020, he helped me take my rough re-recordings and turn them into something you might actually want to listen to. He became a great friend in the process, too. I shall look forward to working with him again in the future.

Aside from that, my thanks go to Emi, Kai and Hana – my long-suffering family who have had to put up with hearing endless iterations of these songs over the last 16 months. I'm sure they could sing them, word for word, better than I can. Also to Jon Nice, whose wonderful linocut I was able to use for the album cover. Thanks, too, go to Debbie Armour, Jackie Oates and Katherine Priddy for lending me their ears during mixing, and to Paul Sartin for helping me with a few Midlands tunes at a time when I thought more of that might be included. An album for another day, I reckon.

SOME BACKGROUND INFO ON THE SONGS

As I mentioned above, a few of these songs came from a collection of street ballads given to me by Mrs Pat Palmer, the widow of the late, great scholar, Roy Palmer. The collection is an unbound sheath of papers that includes photocopies of some fairly obscure Brummie songs, put together by Roy in 1979 for the City of Birmingham Education Department. Each song has details attached to it, which I cross-referenced against a book called Street Literature In Birmingham, edited by Trevor Jones in 1970. I got the latter book as a Christmas present and, yes folks, I've spent hours upon hours since then with my nose stuck in what is essentially a list of Birmingham printers' addresses from the 1800s. My family despair of me.

Roy Palmer's collection begins with an overview of 19th century street balladry in Birmingham. I find this stuff fascinating, so I hope you will, too.

The city has a rich history of street songs. In 1790, the poet George Davis noted that The Fox, a pub on Castle Street (a fraction of which still exists near the new Primark), was home to “hawkers and ballad singers – sworn foes to dull sobriety and care”. Indeed, so many of them haunted the streets of Brummagem that the authorities decided to act. In 1794, “beggars, ballad singers and other vagrants” were outlawed, and license was given to apprehend any caught “strolling… within the parish”.

However, this didn’t last long. Songs meant income, and the balladeers appear to have done such a roaring trade in villages outside of the parish that the authorities eventually relented. As Roy Palmer deftly illustrates: In the year 1800 there were no ballad printers in Birmingham, and in 1885 there were also no ballad printers in Birmingham. But during that 85-year span, 40 came and went. By his estimation, millions of songs were printed and sold. Writing and singing songs became a vast Brummie industry.

It was sometimes very lucrative, too. Ballad printer, Joseph Russell, left an estate of £20,000 in 1839. That’s roughly £2 million in today’s money. One of his contemporaries had approximately 4,000 individual songs on his books. With these numbers you begin to see just how enormous the Brummie back catalogue must have been. Sure, much of it was doggerel, but there are gems there if you will but look.

Most of these song publishing fortunes were built on the pennies of the poor, of course, and in order to write for the masses the songwriters had to really get inside their everyday wants, pleasures and needs. In the archives you’ll find plenty of ghost stories, songs about sporting events, political screeds, descriptions of arguments between noisy neighbours, declarations of love, and descriptions of everyday street life. In short, you get a strong sense of how little changes as the centuries roll on. Humans will be humans, after all.

Mixed and mastered by Andi Lee at Kosi Studios.